CAEX is one of the most promising standards when it comes to data exchange between engineering tools in the production system automation domain. This is also reflected by the current emergence of AutomationML which uses CAEX as its core representation data format. Having such standards at hand, the question arises how to deal with the evolution of such standards as is currently happening with the transition from CAEX 2.15 to CAEX 3.0.

We take a language engineering point of view to the evolution of engineering data formats. In particular, we present how CAEX can be formulated in a model-based framework which allows to reason about evolution of the data format as well as its impact on the data stored in such evolving formats. By this, not only the migration process of existing data to the new format version is possible, but also a more theoretical investigation on information preservation is possible. We demonstrate the approach by the concrete case of the upcoming CAEX evolution. 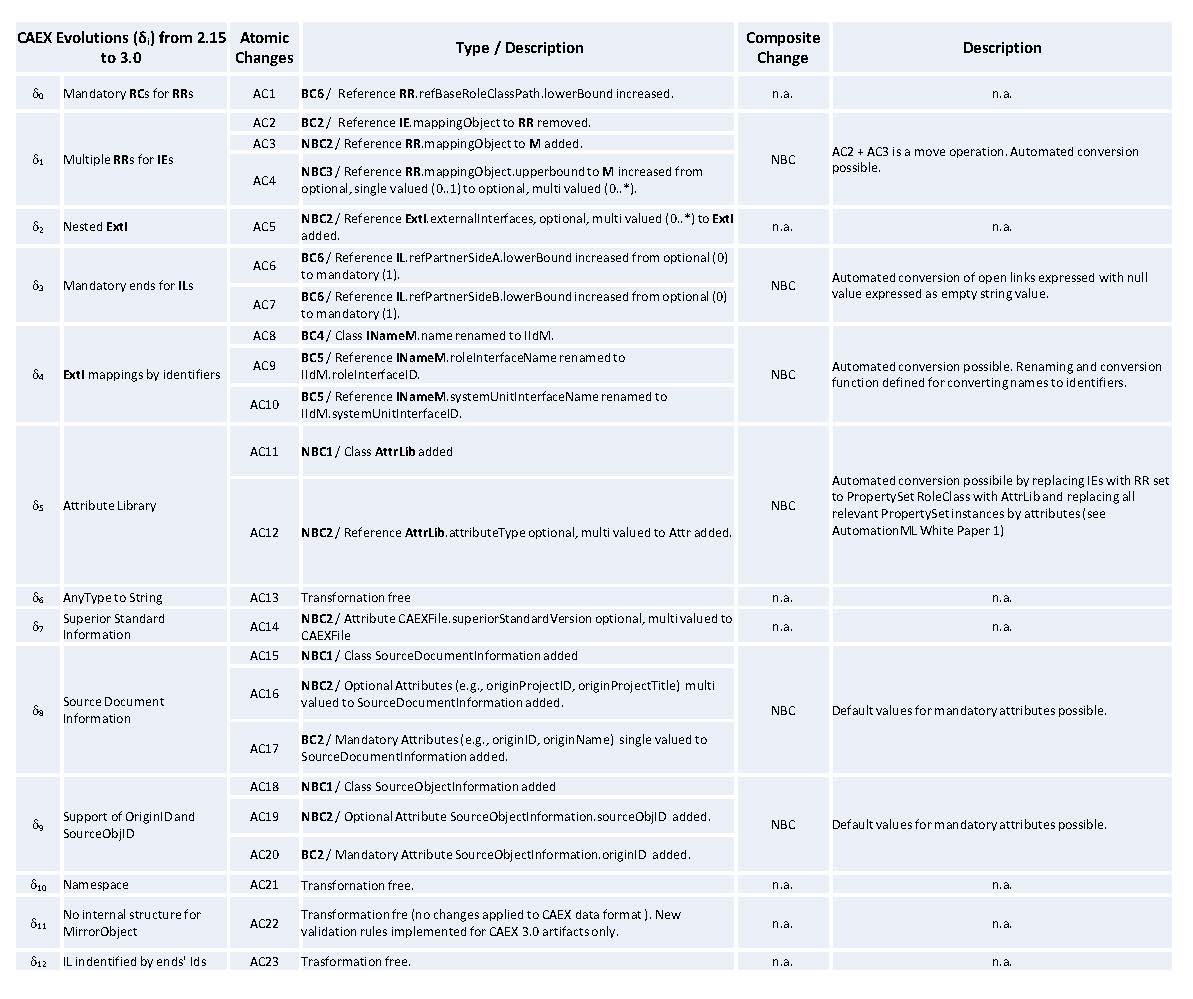 The framework is based on the Eclipse Modeling platform and related plug ins.

A basic Eclipse Modeling platform can be downloaded here. This basic installation should be extended with addtional modeling components/plugins from the Eclipse Market Place:

The CAEX Evolution Framework is currently available as archived Eclipse Project. It can be imported in a workspace and opened in an Eclipse running instance.